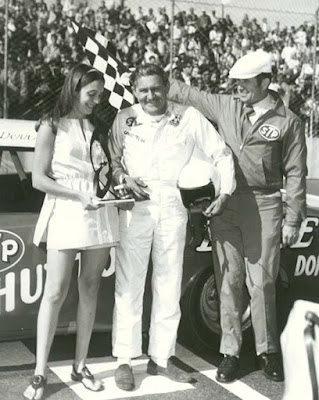 It was Derr’s first appearance at the new speedway. Over 7,200 turned out on a beautiful Sunday afternoon to watch Derr set a new world’s record in qualifying as he was clocked at 19.62 seconds in qualifying breaking the old mark (19.65) set earlier this month at the half-mile track at the Minnesota State Fair.

Derr led the race from the 75th lap on. He made his mandatory pit stop on lap 92 and another quick pit stop later in the race for a splash of gas.

Irv Janey of Cedar Rapids, Iowa, took runner-up honors. Janey led the race from lap 34 until Derr passed him on lap 75. He kept in close contention with Derr but three pit stops cost him valuable time.

Fred Horn of Marion, Iowa, kept the crowd on its feet with his fine driving ability. He would finish in third, giving Iowans a clean sweep.