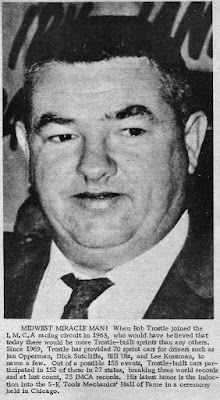 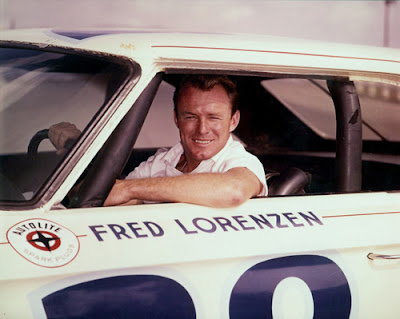 Charlotte, N.C. (October 17, 1965) - Fred Lorenzen had his day at Charlotte Motor Speedway Sunday, fulfilling a desire to make a comeback of six months without a win and outdueled A. J. Foyt to win the sixth annual running to the National 400.

Lorenzen and Foyt staged a head-to-head duel for the last 100 miles and in Freddie's words, "It would have been a great finish had A. J. not gone out with a blown tire."

The Charlotte Motor Speedway was once again the site of tragedy. Forty-three-year old Harold Kite of Augusta, Ga., was fatally injured when his 1965 Plymouth tangled with four other cars in the fourth turn on the first lap of the superspeedway race.

Kite was the father of two children and had not participated in a major race since 1950 when he won a 350-miler at Daytona Beach in a Lincoln. He was the operator of an auto parts store in Augusta and had been racing since 1939. Jimmy Helms of Charlotte was also injured in the five-car pile-up.

Lorenzen, the handsome bachelor from Elmhurst, Ill., had not won a race since May, when he took the World 600. He had won last year’s National 400 at Charlotte.

"I've always wanted to beat A. J.," said Lorenzen. "He's the greatest and what a finish it would have been if we had gone down to the wire."

Lorenzen and Foyt traded the lead five times in a span of 37 laps, but Foyt went out with six laps to go when he hit the rail approaching the fourth turn, apparently hitting rocks causing a tire to go out. Foyt, with the skill that has earned him respect across the nation, maneuvered his 1965 Ford through a spin and went into the pits under control.

As the number of cars dwindled to 24, then to 19, rookie Dick Hutcherson then poured it on and overtook Foyt and Lorenzen in the 243rd lap and the Ford chauffeurs went three abreast through the third and fourth turn.

"I was beginning to believe I was jinxed after we put the new car on the track," Lorenzen added. "But it ran great today."

During one of the caution flags, Lorenzen made an important pit when he blew a tire but held on riding on the inner lining.

Lorenzen fell behind before the yellow flag came out when a three-car spin out occurred on the first turn.

"Making the pit stop while the caution flag was out helped me and it was the turning point in the race for me," said Freddie.

Lorenzen had been tabbed as one of the favorites to place high in the race but Foyt was considered the one who would win.

The capacity crowd gave the Illinois bachelor a standing ovation when he and Foyt started the 100-mile duel with Freddie coming out ahead.

Curtis Turner, the “old-timer of racing”, made a brilliant comeback midway the race and held on to finish in third place.

Turner also led during the race but fell behind on a pit stop, which required a tire change on the 216th lap. It was at this point that Lorenzen took the lead from Turner.

Foyt was never more than a few laps behind during the first 80 laps but went out in front after that. He fell behind during a pit stop midway the race.

"A. J. drove a tremendous race and he is the best I have ever driven against," said Lorenzen.

Lorenzen added, "I've got a blister on my hand and A. J.'s driving took everything out of me. He wore me out. I hurt all over."

"This should put me right about $90,000 and near the top in money for the year," said Lorenzen. 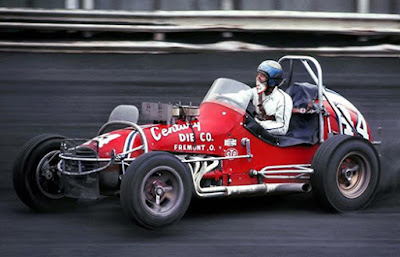 Harrison, 32, took the lead at the start of the season in February and maintained it although he won only four feature races.
Hitz said there were 15 different feature winners during the year and the point race was close until the last few programs.
Harrison, the father of six children, compiled a total of 2,455 points. Don Mack of East Grand Forks, Minn., and Jay Woodside of Kansas City, Mo., tied for second with 2,180 points apiece. Russ Laursen of Cumberland, Wis., was fourth with 1,650.
Jerry Richert, the defending IMCA national champion from Forest Lake, Minn., finished 18th after he was sidelined most of the year because of surgery and recuperation.
Final Point Standings – 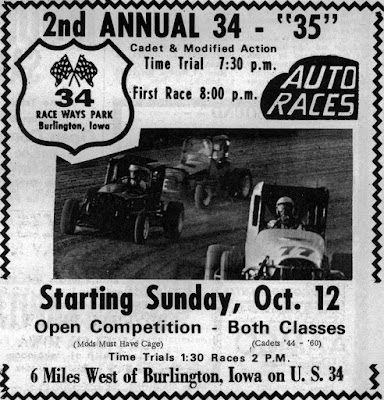 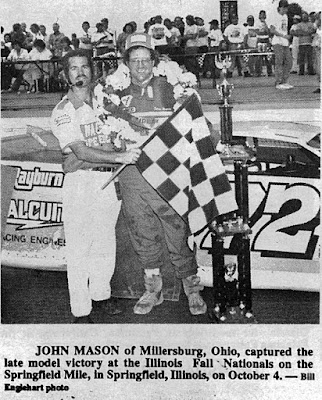 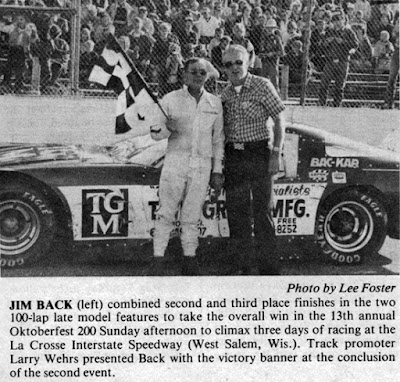