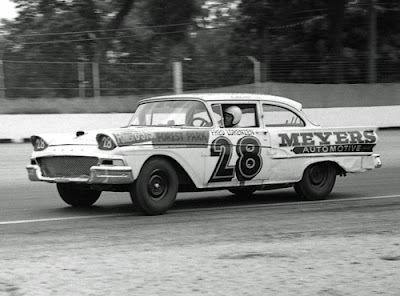 Bryan finished third in the race in a 1957 Mercury, coming in behind Rodger Ward of Indianapolis, winner of the 500-mile race for big cars at Indianapolis last Memorial Day.

Ward, who drove a 1953 Ford, was nearly a lap behind Lorenzen on the paved, one-mile track. Ward won the other late model stock car race here earlier in the year.

Lorenzen, in addition to pocketing about $3,250, took over the lead in the United States Auto Club stock car standings. He is the defending champion.

There were no serious accidents in the race which drew 16,472 spectators who paid a total purse of $16,500.