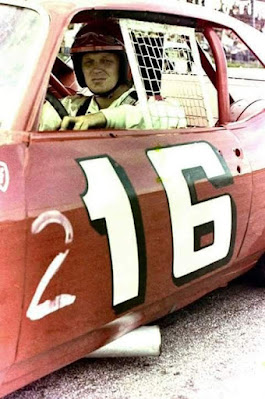 Butch Lindley, 27, from Greenville, S.C., runs with the NASCAR crowd in the southern stock car belt, where every driver is called a good ol’ boy and racing is a way of life. When Monday’s race was over, before 9,024 slightly chilled fans, it was the sophistication of that southern style of racing that made the ultimate difference.

It was Lindley’s first-time racing for NASCAR Grand National ace Bobby Allison and his first drive in a Camaro. “We usually run Chevelle’s and other bigger cars down south,” he said. It was also the first time he had raced this far north, and the 400 laps (200 miles) was the longest race he had ever competed in.

At the start, Lindley’s partner, Neil Bonnett of Hueytown, Ala., bolted into the lead in the other Allison-built Camaro. The order quickly sorted out, with Tom Maier of Midland, Mich., Lindley, Trickle and Rich Somers of Stevens Point, Wis., in hot pursuit. Maier and Somers had won 75-lap features on Sunday.

After leading 20 laps, though, Bonnett’s car veered to the outer wall. The left front drum brake had broken; so, every time he touched the brakes, it meant an abrupt right turn, and Bonnett was forced to park the fastest race car on the track.

That left Maier in command, with Trickle a close second, and Lindley hanging around in third. All the cars pitted during caution flag opportunities, with the exception of Maier, who was stretching his fuel stop to the limit. That would have given him a prohibitive lead, except his rear axle locked at the 180-lap mark. That left the lead in the hands of Trickle.

By the 240th circuit, Trickle had lapped third place Reffner and only Lindley, running second, was on the same lap as the leader.

“I knew Trickle was running awful good,” Lindley said. “I just kept looking ahead so I wouldn’t get involved in any accidents and kept going hard.”

The final outcome of the Trickle-Lindley duel came down to three factors. The first of those was an accident on lap 269 when Trickle’s Mustang and the Chevy Nova driven by Rick Nelson collided coming down the main straightaway. Trickle’s car spun 180 degrees and he skidded backwards the length of the straightaway. He was leading by 17 seconds at the time – a full lap – when that occurred. Before he could get going again, Lindley was speeding by him.

The second factor happened one lap later. Both Lindley and Trickle pitted for fresh tires and fuel. The Lindley crew’s sophistication showed through then. Lindley’s car took on new tires and gas in 26 seconds. Trickle’s crew performed the same routine in 46 seconds. Steve Perry, who works on Jim Weber’s crew, kept a stopwatch on Lindley’s two pit stops. “I couldn’t believe they did it 26 seconds,” he remarked. “We timed ourselves in our garage and it took a minute and a half just find the lug wrench.”

So, Lindley had a one-lap lead over Trickle.

The third key factor came on lap 332. Bosco Lowe of Athens, Ga., the third-place man in the NASCAR sportsman points, spun out in the west turn, narrowly missing Trickle. The caution flag came out and Lindley decided to make a final pit stop to make sure he had sufficient fuel for the finish.

Lindley’s crew, however, noticed the flagman holding up one finger to the single-file line of cars, and realizing that the green flag would come out in one lap and the cars would speed up, they waved to Lindley to keep going. He did, but as he roared out of the pits, nearly passed the pace car. Had he done that, he would have been penalized one lap and would have lost the race. Alertly, he stopped, waited for the field to pass, and pulled out at the end.

That meant Trickle had unlapped himself and was on the same lap as Lindley with 68 laps remaining. Trickle was the length of a straightaway behind but couldn’t get any closer.