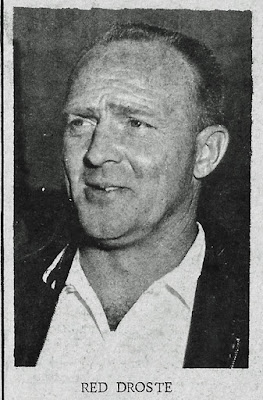 Droste, who was also the track’s mid-season champion, was threatened the entire 50 laps by Mert Williams of Rochester, Minn., and won by barely a car-length at the checkers. Both drivers lapped the entire field.

Ken Pittman won the cadette championship and Leo Scharnhorst of Waterloo was the consolation winner.

Lynn Idler of Ionia was named Tunis Speedway Rookie-of-the-Year for 1968.