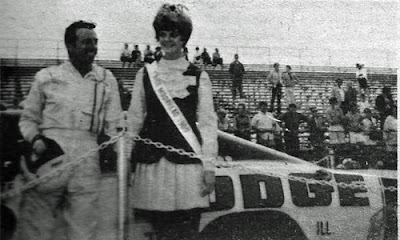 White, driving a 1969 Dodge Charger, posted an average speed of 95.640 miles per hour in taking a 35-second victory over Roger McCluskey of Tucson, Ariz. A.J. Foyt of Houston, Tex., was third followed by Al Unser of Albuquerque, N.M.

White trailed Foyt’s Ford Torino with 10 laps to go when Foyt’s car blew a tire and was forced to the pits. White then built up a lead over McCluskey’s Plymouth.

McCluskey, who retained his lead in the USAC stock car standings, won the pole position for the race during Saturday morning’s qualifying. White qualified second fastest.