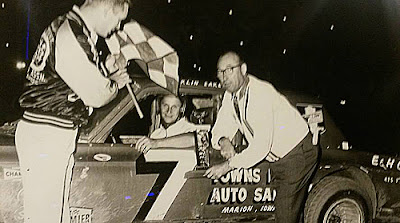 Eaker, from Cedar Rapids, led all the way in his 1967 Dodge and collected $400 for the victory.

Presentations were made to:

Eaker and point champ Carl Vander Wal, of Ames, representing the sportsman class. Vander Wal's engine blew up last weekend and he did not race Saturday.

The sportsman championship race was won by John Meyer of Brooklyn in a '56 Chevrolet, followed by Don Hoffman and Larry Sponsler, both from Des Moines.