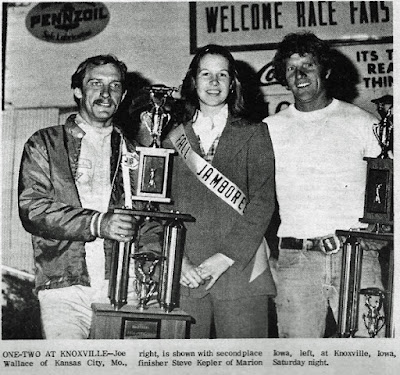 Knoxville, Iowa (September 11, 1976) – Joe Wallace of Kansas City, Mo., returned to the Knoxville Fall Jamboree this year after a disappointing showing last year and walked off with the $4,000 late model payday after leading green to checkered in the 50-lap late model stock car main event on the half-mile dirt oval on Saturday night.

Steve Keppler of Marion, Iowa, held second place throughout the race and took home $2,000 for his efforts. Don Hoffman of Des Moines, who started way back in the field, moved his way through traffic to take third place, after he ran a flawless qualifying heat on Friday night, winning by a quarter lap over the remainder of the field.

Gary Crawford of Independence, Iowa, copped the $2,000 first place money in the sportsman feature, leading from the sixth lap until the drop of the checkered flag on lap 35. 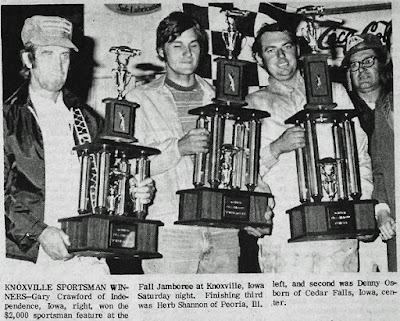