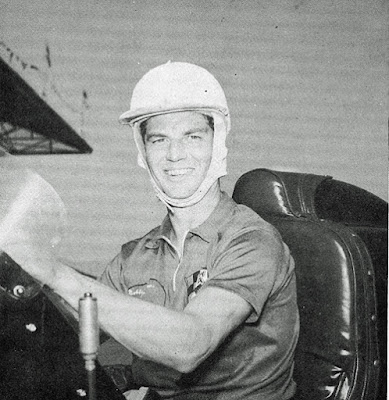 Nashville, Tenn. (September 21, 1957) – Bobby Grim, Indianapolis, closed out the Tennessee State Fair one-mile dirt track in a blaze of glory on Saturday as he powered the Hector Honore Offenhauser to a new IMCA world mark for 25 miles.

Grim ran away from a fast field in turning the mile oval in 17 minutes and 16.45 seconds to eclipse the old mark of 18-minute flat set by Gus Schrader of Newhall, Iowa, set at the Wisconsin State Fair in 1931.

Officials at the Tennessee fairgrounds will plow the one-mile track which dates back to eighteenth century horse racing under and build two modern hard-top surfaces for use next year.

A half-mile surface enclosing a quarter-mile track will be installed, accommodating the late model stock car racing, which has flourished in Nashville and surrounding areas.

Grim found the rain-soaked course to his liking as he closed out big car racing on the Tennessee State Fair with his record-breaking performance.