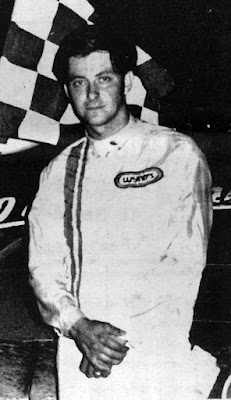 As a late entry the 25-year-old firefighter won the 50-lap, 25-mile feature race for his biggest career victory and earned the first-place purse of $400.

Wade had to overcome to obstacles to compete against some of the best IMCA drivers in the country.

He had to find someone to take his place at the fire station during the time he was gone.

The Lincoln native found replacement to work for him, but when he got to the track, the car he was supposed to drive wasn't there.

However, co-owner Ron Pullman of Claytonia, Neb., soon showed up with the black 1972 Chevrolet Chevelle much to the relief of Wade and the other co-owner, Phil Durst of Lincoln.

In the feature, Wade started near the back of the 20-car field, but gradually moved up each lap as David City’s Terry Richardson led until the 30th lap.

Coming out of the fourth turn on the 30th lap, Richards ran out of gas and Wade took over the lead. He then breezed to victory.

“Only when I saw the white flag and I think I had the race one because so many cars were dropping out of the race with mechanical troubles,” Wade said.

“I just tried to save my engine after I got the leading and keep everything together.”

After the race was over, Wade went back to work the fire station.