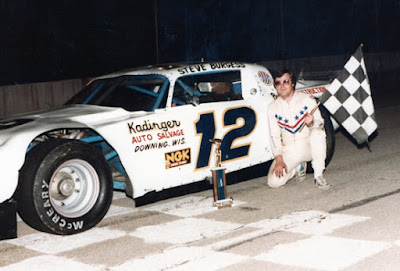 Ron Bennett came off his front row starting spot to lead the first 13 laps before being overtaken by Tony Strupp. Burgess began to advance to the front and overtook Strupp with an inside move on the 23rd round.

Kulwicki followed Burgess past Strupp on lap 25 and then he chased Burgess in a nose-to-tail battle right down to the checkered flag.