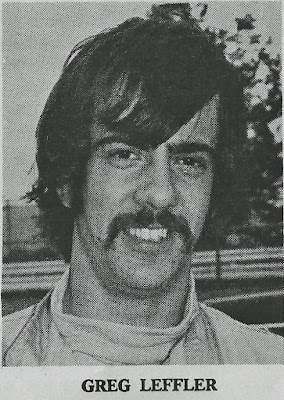 Leffler, driving the Larry Davis Chevy-powered sprinter, started on the outside of the front row and led every circuit around the half-mile paved oval.

The victory was Leffler’s first USAC feature win of his career.

Bigelow, who has been on a hot streak in USAC competition recently, made his way into the main event by capturing the 10-lap semi-feature. Bigelow, who earlier in the evening established an all-time Illiana one-lap record of 20.186 seconds during time trial, piloted the Elder Cadillac Special to victory over Steve Cannon and Bob Richards.