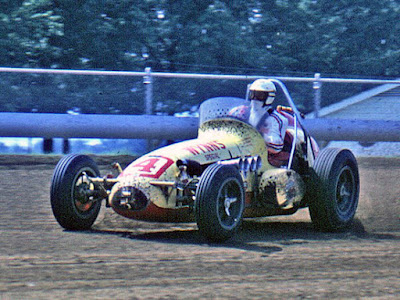 Branson grabbed the lead on the fourth lap from pole sitter A.J. Foyt and led the rest of the way, although enjoying only a four-second lead over second-place Jim McElreath at the finish.

Foyt was third, followed in order, by Jud Larson and Johnny Rutherford. Mario Andretti, the leader toward the national driving title with 2,490 points, finished in 15th position after encountering mechanical difficulties.

Only nine cars were running at the finish. The others, in order, were Red Riegel, Jim Hurtubise, who relieved Bobby Unser, Carl Williams and Bay Darnell.

McElreath also is second in the point standings with 1,705 followed by Gordon Johncock with 1,540 and Branson with 1,475.

Branson's victory snapped Foyt's personal four-year winning streak at this dirt track race. It was the first major triumph for Branson since he won the Phoenix "150" which opened the championship season last spring.