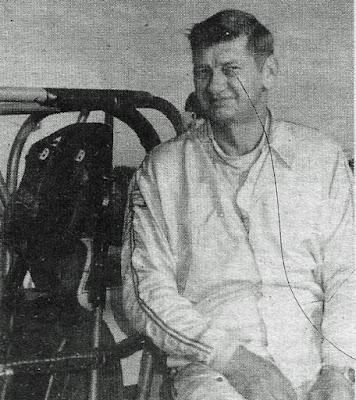 Bruggeman, who became the first driver in Huset’s Speedway history to win three consecutive point championships, started on the inside of the second row and quickly moved to the front. The show was sanctioned by Huset’s.

Bruggeman, 48, also announced that his wife had given him permission to race one more year, and he’ll be back in 1980. “Hell, it’s fun,” he said.

Bruggeman is a credit to racing,” said Fred Buckmiller, promoter of the Cheater’s Day special. “He’s a man who is a clean driver, using a head and toe that work together.”

Finishing second to Bruggeman was Gordy Lamb of Moorhead, Minn., while Doug Hanson of Lakefield, Minn., was third, Marv DeWall of Jackson, Minn., was fourth, and Bill Rook of Madison, S.D., rounding out the top-five.