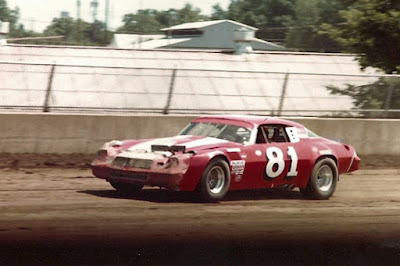 Springfield, Ill. (August 17, 1980) – In a race that he was never threatened after grabbing the lead, Terry Ryan of Davenport, Iowa, set the pace for the last 57 laps to win the Allen Crowe 100-miler for the United States Auto Club stock cars at the Illinois State Fairgrounds on Sunday afternoon.

“It just didn’t end up as rough a track as we thought it would,” Ryan said, referring to the surface that had been slick in the morning after a night of rain.

It was Ryan’s second USAC win of the season and pushed him up one notch to fourth in the point standings. Rusty Wallace remains the point leader.

“Ramo Stott wasn’t challenging me and I knew all we had to do is keep it together and it was ours,” Ryan remarked.

Stott, of Keokuk, Iowa, finished second after trailing Ryan for most of the race by four to six seconds. Finishing third was Butch Garner of Forsythe, Ill.

Heavy showers with intermittent drizzle canceled the Tony Bettenhausen 100-mile dirt car race on Saturday and officials feared Sunday’s race would also be called off due to weather.

The one-mile dirt oval was wet and muddy before the start of the race, which annually ends the Illinois State Fair. USAC officials canceled time trials and instead determined driver’s starting positions by a lottery.

But after warmup six laps, the track was dried to a hard clay and the race was on.

Alan Kulwicki, who drew the pole position for the race, led the first seven laps before retiring with engine woes. Dean Roper, who alongside Kulwicki, took over and led for 23 laps before throwing a rod.

Stott, who started ninth, took the lead over until Ryan powered by him on lap 43 for the top spot and ran untouched from there. Stott would eventually suffer engine trouble and limp home in eighth-place.

Nineteen of the 31 starters were forced out after their engine blew up or they suffered various mechanical problems. Only nine cars were on the track at the finish.