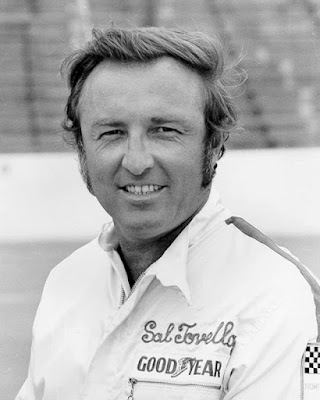 Tovella, a used car salesman from Chicago who celebrated his 40th birthday Sunday, had trailed by nearly three seconds until a caution period 11 laps from the finish allowed him to close his Plymouth Volare up behind Watson’s Buick Skylark.

Watson, who had been aiming for his second straight victory at the one-mile Wisconsin State Fairgrounds Speedway, started on the pole position and led 147 of the 200 laps.

Except for the final lap, Tovella had not been in front since lap 60, a 12-lap stint that was his only other time in the lead. He had gambled on pit strategy and stayed out on the track, while all the other leaders made service stops during a caution period. He stopped later under green and nearly lost a lap.

Tovella had a chance to make up his lost ground at the halfway point during another caution period but elected instead to stop for tires. It wasn't until lap 148 that he managed to work himself back as high as second again.

“I think that if I had an advantage over Dave there at the end it was in the tires,” said Tovella after scoring his fourth career USAC stock car victory. “We took on tires on our last pit stop, and I don't believe he did.”

The most serious of three accidents during the race occurred on lap 115 when Gordon Blankenship blew an engine and spun with Boyce Sparkman into the first turn wall. Both cars were heavily damaged, but the drivers were not injured.

During that caution period, Tovella was able to move up and rejoin the lead pack. He passed Paul Feldner 25 laps later for third and went past Ramo Stott five laps after that for second.

Stott, who ran the final 100 laps on the same tank of fuel in his Volare, finished third, the only other car to complete the distance.

Feldner ran out of gas on lap 198 but sputtered home for fourth, unofficially, ahead of Harold Fair.

Watson protested to USAC officials after the race that Tovella had lost a lap during one of his tire change stops. The preliminary verdict on the protest went against Watson.