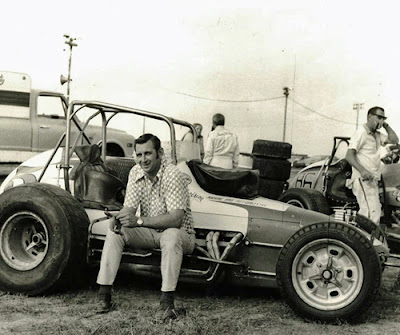 Wausau, Wis. (August 9, 1972) – Earl Wagner of Pleasantville, Iowa, miraculously avoided a five-car crash in the second lap of the feature race and went on to post his third victory in the IMCA sprint car races at the Wisconsin Valley Fair on Wednesday.

Wagner, driving a Chevrolet-powered car, also won the 8-lap heat and 6-lap trophy dash for the four fastest qualifiers. But it was in the 25-ap feature event that he really displayed the driving skills that have earned him the label of a pre-race favorite.

All 13 cars in the feature finished the first lap of the event in a bunch and when one car turned sideways on the northwest curve of the half-mile dirt track, it started a chain reaction that eventually involved five cars. One car flipped end over end during the ensuing crash and four of the five cars were eliminated.

Wagner actually had to take the lead twice before it was his to keep. He squeezed into the lead on the second lap after the restart, but had to drop back one position when Steve Schwietzberger of Faribault, Minn., spun on the same lap to bring out the yellow.

After the yellow flag was lifted, Wagner waited until lap 5 before taking the lead from Tom Custer of Rick Island, Ill. From that point on, he widened his advantage with almost every turn of the track.