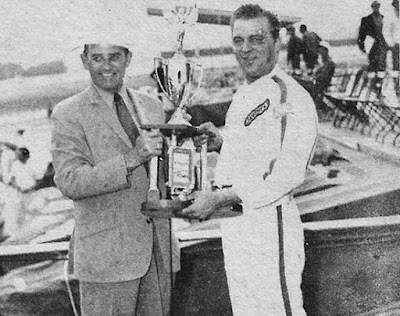 St. Paul, Minn. (August 24, 1969) – Marv Marzofka, riding a string of track records that humbled even the likes of Ernie Derr, sped to victory in Sunday’s exhausting Northland 300-lap stock car race before a sun-drenched crowd of 16,305.

Driving a 1967 Mercury Cyclone, Marzofka set his fourth track record of the past week in qualifying to win the pole position for the International Motor Contest Association race at 21.68 seconds.

The Nekoosa, Wis., pilot umped quickly into the lead over Derr, the perennial winner at the half-mile paved fairgrounds track. Derr was to later suffer brake failure, requiring a lengthy pit stop, and had all he could to do to wheel his ’68 Dodge Charger home to an eighth-place finish, completing 287 of the 300 laps.

The only real challenge Marzofka had after establishing his lead was from Bill Mueller – the 41-year-old “Wild Bill” that use to dominate Twin Cities’ area tracks.

Starting from the sixth spot, Mueller ran his 1969 Plymouth Roadrunner a strong second from lap 90 on, challenging Marzofka until an exchange of pit stops left him three laps behind. Mueller survived a three-car spinout but slowed down late in the race, yielding second place to Joe Frasson, as both drivers completed 296 laps.

When the race had ended, Mueller brought his car to the pit area and upon exiting his car, passed out from heat exhaustion. He was taken by ambulance to the first aid station and treated with oxygen for almost an hour.

Marzofka finished the race with his right rear tire going flat, while Mueller’s right rear was also losing air, and Frasson’s Charger had its right front tire hissing flat as he got out of it.

With Mueller and Frasson both from Minneapolis, Twin Cities drivers had one of their best days ever in IMCA races at the Minnesota State Fair. Bob Jusola of Mound was fourth, Mike Stein of Burnsville fifth and Billy Ries of Shakopee finished sixth.