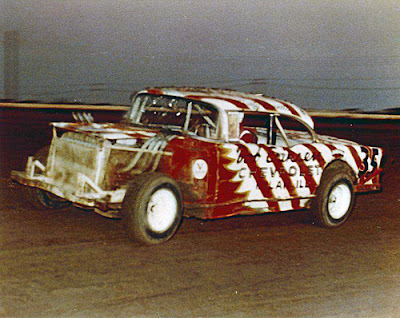 East Moline, Ill. (August 9, 1964) - He must have driven 100 turns around the track and it took him 50 minutes to accomplish the feat, but Shorty Bennett finally got a checkered flag in a feature race at Quad City Raceway's stock car program Sunday night.

The veteran driver from Moline has led in point standings throughout the season, but last night was the first time he's won the late model feature.

After an almost intolerable number of delays for spinouts, wrecks, repairs and advice to the contestants, Bennett finally completed 25 official laps some 50 minutes after the race had started. He was well ahead of Benny Hofer of Rock Island, who finished second, and Cal Swanson, who ran third.

Bennett also won the semi-feature and Hofer took a consolation race. Heat winners were Swanson and Clint Morehouse of Moline.

A crowd of about 3,500 fans weathered the chilly, rainy program which concluded at 11:20.