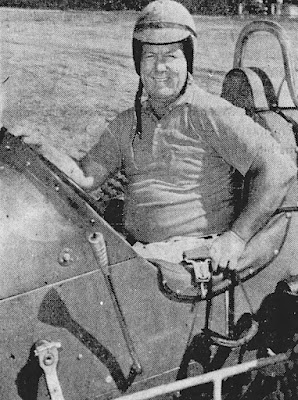 The track was hard, slick and dusty for the afternoon program, but it didn’t seem to bother the 34-year-old Shepherd, who has been competing on the International Motor Contest Association circuit for the past eight years.

Bill Hobbs of San Francisco set a torrid pace in the 12-lap afternoon feature. “I didn’t think I was going to catch him for a while,” Shepherd said, “I went high and Hobbs went low on the turns.”

After Leroy Neumayer of Compton, Calif., took the lead on the first lap, Hobbs took over the top spot until the 10th lap when Shepherd grabbed the lead and held it until the finish.

Barton would be the first heat winner followed by Shepherd winning the second. Jim Wegschneider of St. Paul, Minn., won in a photo finish over Jerry Richert of Forest Lake, Minn., in the third heat.

Barton, who posted the fastest time in qualifying with a time of 24.52 seconds, led all the way in the nightcap. Hobbs finished second and Neumayer grabbed third. The race was shortened from 15 laps to 10 when the arc lights on the back straightaway went out.

Barton got a clear path for victory in the feature when Shepherd – on his way to victory in the first heat – skidded on the last turn just before the grandstand. Hobbs brushed up against Shepherd’s car and they were unable to race after that. Jim McElreath of Arlington, Tex., won that heat race. 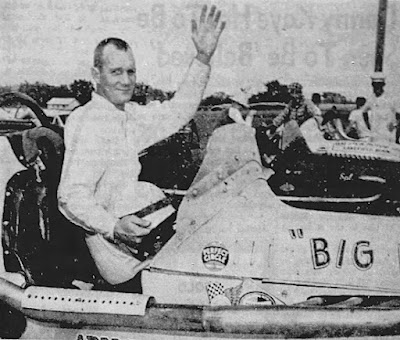