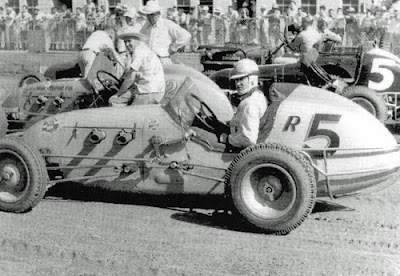 McHenry pushed the Tom Randol Offenhauser to cop fast time in qualifying, in addition to winning the first heat and 15-lap feature race. McHenry’s time on the big half-mile was 25.06 seconds.

A newcomer to the IMCA ranks, Dick Ferguson of Burbank, Calif., ran off with the second heat while Paul Kamm of San Francisco, Calif., won the third heat.