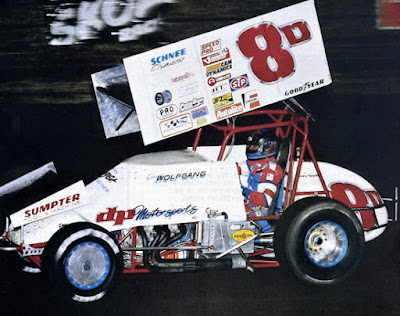 Wolfgang, of Sioux Falls, S.D., took the initial lead but lost it briefly in the first turn, regained it coming out of the second turn.

Steve Kinser, Bloomington, Ind., followed Wolfgang until he was sidelined on lap 20 with a flat tire.

Kinser had to go to the back of the field but recovered to finish sixth in the 30-lap feature.

Swindell set a new track record in the 5-lap dash. A regular weekly competitor at Knoxville, Swindell turned in a time of 1 minute and 22.7 seconds, breaking his own record he set back in April.