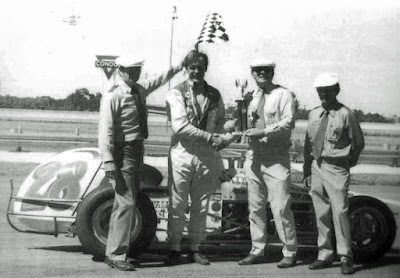 Although only nine racers entered the grandstand show, the 20-lap feature wasn’t decided until the final lap with three cars battling for the lead.

All nine drivers were under the old track record in qualifying. Dean Shirley held the old mark of 24.46 seconds, set in 1970, the last time sprint cars competed on the Fairgrounds’ half-mile dirt oval.