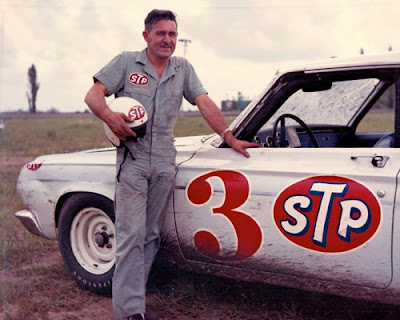 Derr, driving a 1964 Plymouth, also captured his heat race and turned in the fastest time in time trials in the six-event card.

For the IMCA stock car drivers, it was their sixth race of the week so far. They moved on to Burlington for the next race. On Wednesday night at Oskaloosa, Derr also took the feature but still trails Dick Hutcherson in the point standings.

Hutcherson was one of three unfortunate drivers to hurdle the north turn.