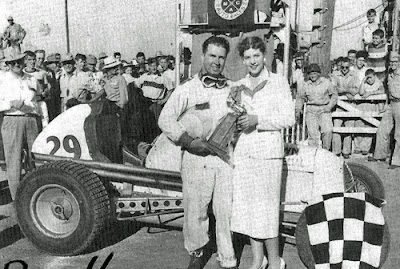 Holland took the lead on the first lap and was never headed, although he was given plenty of trouble by Bobby Grim of Indianapolis. Grim was eventually forced out of action on lap 14 when a tire on his car blew out.

Frank Luptow of Tampa, Fla., turned the fastest clocking in time trials, whirling around the half-mile dirt oval in 20.78 seconds. Luptow, however, would see his day end in the third heat when he was forced out with mechanical trouble.