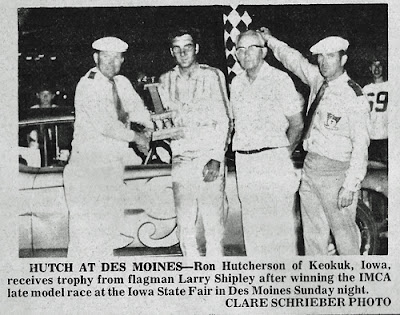 Lefty Robinson of Des Moines wheeled his ’69 Camaro to a fourth-place finish and Sandy Sandstrom of Kansas City rounded out the top five.

Gordy Blankenship of Keokuk, Iowa, drove his 1969 Plymouth Roadrunner to fast time, touring the half-mile dirt oval in 27.87 seconds to squeeze past Dean Montgomery of Milan, Ill., who was clocked at 27.91 seconds.