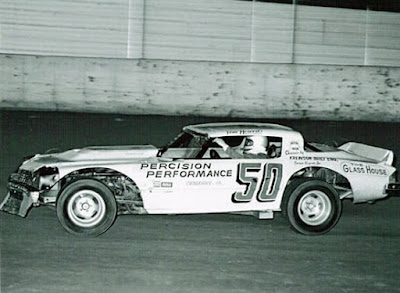 It was Hearst’s fifth win of the season at the Downs, and it capped a brilliant season for the happy-go-lucky veteran.

“I just planned to go out there and be consistent,” said Hearst while accepting congratulations from some of his faithful followers.

“It was a little slick out there,” added Hearst, “But it didn’t seem to bother me.”

Waterloo’s Ed Sanger kept up with Hearst for the first 21 laps before the Downs regular season points leader pulled away and cruised to paydirt.

Frieden, who is known locally as “the man without a sponsor,” battled it out with Viola’s Ken Walton for that spot throughout the race before he slipped past Walton on the 34th circuit to finish his best season ever on a high note.

Chopper Safley of Marion won the season championship in the street stock division and Scott Braun of Cedar Falls won the sportsman title.