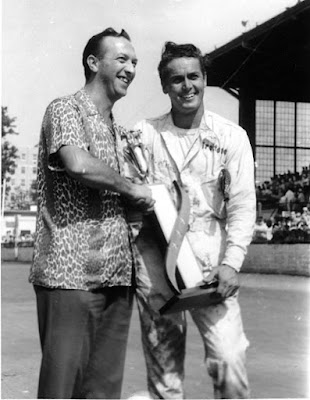 Branson set a new mark in winning the first 8-lap heat race with a time of 3 minutes and 18.19 seconds. Ralph Liguori also rewrote the record book in the semi-feature with a 10-lap time of 4 minutes and 17.12 seconds.