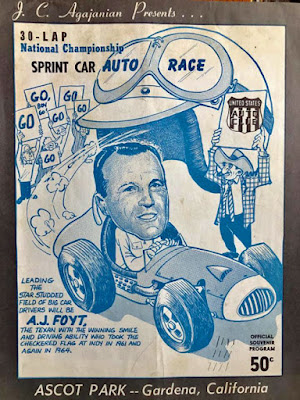 It was only his second sprint car drive of the season because of an injury in the Spring, but he took the lead immediately in the 30-lapper and never relinquished it.

The Tucson, Ariz., ace’s tight grip on the front end made second place among A.J. Foyt, Don Branson and Bobby Unser the “race”.

Branson was passed by Foyt on lap 26, then spun out in an attempt to regain the position. Foyt finished second and Unser took third. Branson settled for 13th.