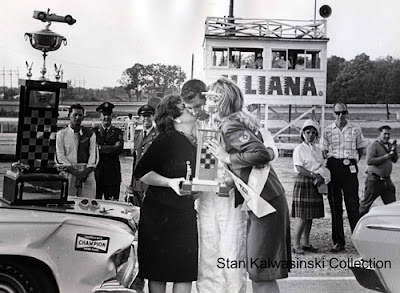 They also witnessed three spectacular accidents which resulted in no injuries but forced Gary Bettenhausen of Tinley Park, Ill., son of the late Tony, from the race.

Following Goldsmith and Nelson to the checkered was John Rostek of Fort Collins, Colo., in a 1961 Ford. Elmer Musgrave of Niles, Ill., finished fourth in a 1963 Mercury and Whitey Johnson of Hammond, Ind., was fifth in a 1962 Pontiac.

Nelson was the fastest qualifier on the afternoon, timing in at 24.12 seconds. The first heat race was won by Curtis Turner of Roanoke, Va., followed by A.J. Foyt of Houston, Tex. Both drove 1963 Fords. The second heat was won by Ted Hane of Northbrook, Ill., followed by Rostek and Bill Cheesbourg of Tucson, Ariz.

Johnson won the third heat followed by Bettenhausen in his 1963 Dodge and Don Waldvogel of Lockport, Ill. 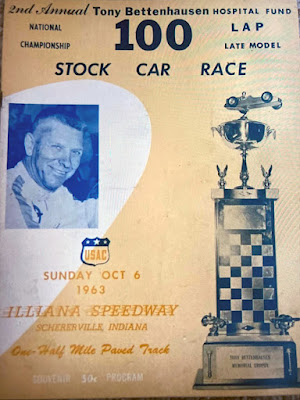