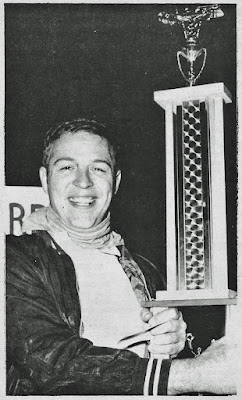 Beckman collected the $700 top prize when he took the lead on lap 30 of the 75-lap season finale and roared to victory.

Perry Beckler of Tiffin won the consolation race with Doug Crawford of Moline, Ill., finishing in the runner-up spot.

Stan Stover of Reinbeck won the semi-feature with Wayne Settles of Moline a close second.

Heat races were won by Beckler, Jim Strube of Peoria, Ill., and John Connolly of Delhi.