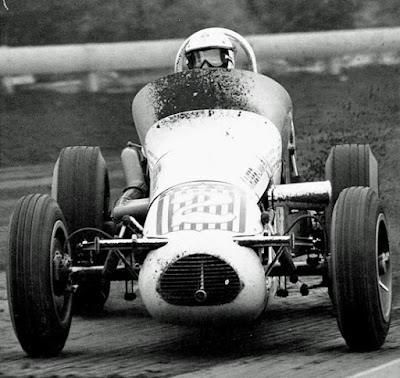 Ward, the 1959 Indianapolis 500 winner covered 100 laps of the one-mile dirt track in one hour, seven minutes and 35 seconds, slightly over the one hour, five minute and 57 seconds, track record.

Ward beat defending champion A. J. Foyt, winner of last May's Indianapolis 500. Foyt led for the 23rd through the 74th laps, when he was forced from the race by mechanical trouble.

Ten cars out of the 18 qualifiers were in the race at the finish.

Ward led the race from the start of the 23rd lap, when Foyt took the lead. Ward led again from the 75th circuit to the finish.

Popular Jim, Hurtubise of Lennox, Calif., the 1959 winner, was another victim of mechanical trouble.

Clark Templeman of Seattle set a new track qualifying record of 35.51 seconds for one lap. This beat the 36.24 second record set by Ward in 1957.