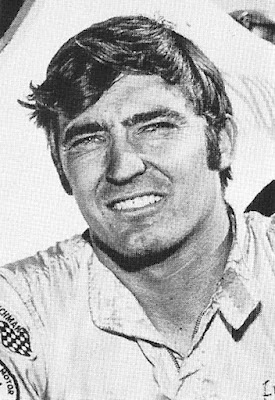 The victory, worth $400 to the man from Lampe, Mo., was expensive for both Gordon Blankenship and Mike Derr, both of Keokuk, Iowa, who help form a triumvirate at the top of the International Motor Contest Association point list for the season – especially special because the season ends here next weekend, if not for the money involved.

Blankenship, who continued to have troubles with his ’72 Plymouth and switched to a ’70 Dodge owned by Charles Milligan for Sunday’s 100-lap feature, heads the trio in points, but his lead dwindled as Collier shoved Derr back to third place in the standings. Blankenship didn’t finish the race while Derr took third, leaving IMCA officials to call this the closest point race in its long history.

Collier, who posted the day’s fastest lap in time trials (22.07), repeated Vance Cook’s feat of a day earlier, by leading all 100 circuits.

The only real battles of the day were to see who would follow Collier to the finish line as Tony Barcelona of Houston, Tex., fought off Derr and Gerry Harrison of Topeka, Kan., from the 35th lap on.

Harlan Beene Jr. of Bossier City, La., made a brief bid against Collier, moving up from his fifth starting position on lap 45 but spun out on the 50th lap, lost a lap to the field and finally settled for 10th place.