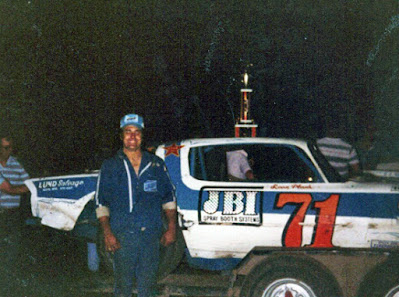 Phil Prusak of Eau Claire, Wis., jumped into the lead at the start of the 50-lap main event but lost the front spot to Plank a few circuits into the contest.

Plank began to extend his lead, but a yellow flag negated the advantage. On the restart, Ed Sanger of Waterloo, Iowa, moved inside coming out of turn two and took the lead. Sanger then began to pull away.

But a $70 differential gear on Sanger’s Camaro broke on the 35th journey around the one-third-mile clay oval.

Prusak, who was running second, inherited the lead when Sanger dropped out, but Plank would power past Prusak on lap 44 and never relinquish it after that.

The race was promoted by the Blooming Prairie Jaycees with all of the net proceeds going towards the purchase of a van for the Prairie Manor Nursing Home.