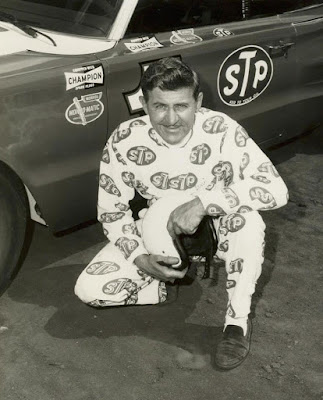 Derr, driving a 1966 Dodge, took command on the first lap, charging past Lenny Funk, the qualifying leader, and had little trouble maintaining the lead.

Funk, from Otis, Kan., finished second in the race, but dropped as far back as fourth in the race.

Stott moved into second place on the second lap, and was the only driver not lapped by Derr after the 72nd go-round.

But Stott spun on lap 143, losing eight laps to Derr, when his fender had to be cut off. The mishap left Stott in fourth place behind Funk and Ed Negre of Monett, Mo.

Negre had passed Funk for third place early in the race, but a spin on lap 72 allowed Funk to regain that position.

Stott managed to get his ’66 Plymouth rolling again in time to keep Ole Brua, Albert Lea, Minn., from taking the fourth spot, but the victory by Derr left only 10 points separating the two in the point standings.

Brua, in a ’65 Ford, managed fifth, while Butch Hall, Russell, Minn., and Lewis Taylor, Shawnee, Kan., were sixth and seventh respectively.
The 42-year-old Derr trailed Stott by 80 points in the IMCA standings entering the program, but narrowed that margin to 10 markers as the circuit moves to Topeka, Kan., on Monday.
"It was good to get the win," admitted Derr afterwards. "I though the race would run faster but it was slow on account we couldn't see most of the time because of the dust."
Race officials admitted they decided not to water the track as much in order to get the race going on on time.
Nebraska State Fair secretary Henry Brandt estimated the crowd at 3,500.
"It was a good crowd despite the heat," Nebraska State Fair secretary Henry Brandt said. "I thought the track held up relatively well considering this was the first time we used it this year."