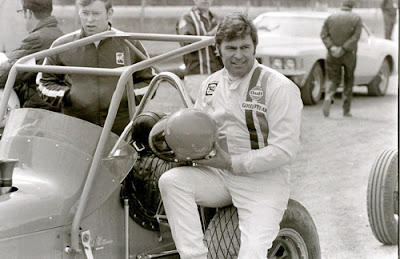 Williams, driving hiss own sprint car, not only won the 30-lap feature on Friday night at Lakeside Speedway but swept he entire race program.

The three-time Indianapolis 500 starter was the only one of 26 qualifiers to time in less than 23 seconds. He then won the first heat, then capped the evening by leading start to finish in the man event.

It wasn’t easy for Williams as George Snider of Bakersfield, Calif., broke from his second row outside starting position at the green flag and stuck the nose of his sprinter into Williams’ tailpipe for the entire race.

Larry Dickson of Marietta, Ohio, the USAC point leader, ran a strong third after starting alongside Williams on the front row.

One of the night’s finest driving performances came from Greg Weld of Kansas City, who barely made the field. Weld was the 20th fastest qualifier in what was a 19-car field.