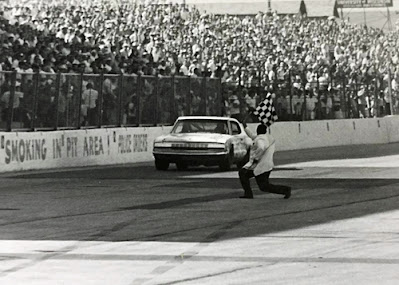 Nelson, who had edged out White last weekend at Indianapolis, took runner-up honors, finishing 25 seconds behind the winner. His share of the $27,275 purse was $3,808, continuing his driver for a second consecutive United States Auto Club stock car national championship.

Finishing third before the 24,723 fans in attendance was Jim Hurtubise of North Tonawanda, N.Y., who like Nelson, drove a Plymouth.

White, behind the wheel of a Dodge, posted a winning time of just over 2 hours and 8 minutes and was about one minute and 40 seconds off the track record set by Parnelli Jones in August of 1964. It was White’ fourth major victory at the track. He won two races in 1962 and one in 1963.

Nelson an Hurtubise had finished this race first and second, respectively, last year, and had been favored to do the same on Sunday.

Billy Foster of Victoria, B.C., Canada, finished fourth in a Dodge and Roger Regeth of West Allis, finished fifth in a Ford.