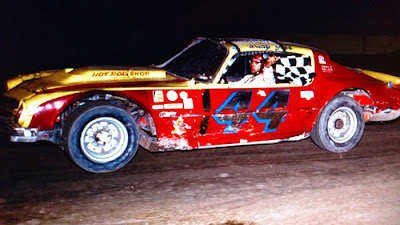 Jors had collapsed after getting from his car in the pit area of the Hates Corners Speedway in suburban Franklin following the accident-free feature race Saturday evening.

He was pronounced dead on arrival at Milwaukee County General Hospital.

He had given up his job as an auto salesman earlier this year to race fulltime.

Survivors include his widow, Carol, and two children.

Saturday evening, Jors set a track record by qualifying at 63.25 miles per hour. He was also the first driver in track history to qualify over the one-third mile clay oval in under 19 seconds. His time was 18.95 seconds.

Jors, who had no previous history of heart trouble, took the season point lead for late models with 1,860 points.

Jors also took the point lead Wednesday after finishing second in the feature race at Cedarburg Speedway. He took fourth place in last year's Milwaukee area track standings, although he completed only part of the season.
Jors got his start in racing when he worked in Miles Melius' pit crew in 1961. Jors began racing himself in 1966 and was active on tracks in eastern and central Wisconsin.

Last year, Jors was second at Seymour and Oshkosh, third at Hales Comers, fifth at Wisconsin International Raceway at Kaukauna, and tenth at Cedarburg.