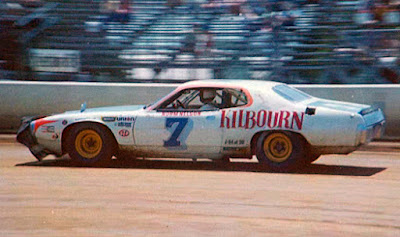 The race was run in 48 minutes and 35 seconds. Out of the starting field of 20, only 13 cars finished the race on the half-mile track.

Cedar Rapids, Iowa’s Irv Janey topped the qualifications for the afternoon, breaking the one-lap record set in 1972 by Roger McCluskey of Tucson, Ariz., of 26.18 seconds. Janey’s fast time was 26.02 seconds, driving a Dodge.

The trophy dash winner was Steve Drake of Bloomington, Ill., in a Dodge and the 15-lap semi-main went to Paul Feldner of Colgate, Wis., also driving a Dodge.