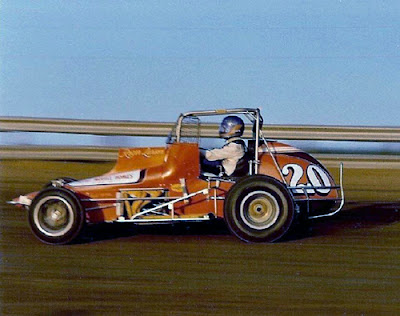 Lansing, Minn. (June 12, 1975) – Roger Larson was the best of 18 Midwest Sprint Association drivers that started the 20-lap feature Thursday night at Chateau Speedway as he took the lead on lap 4 and held it to the checkers.

Polesitter Larry Kirkpatrick took the early lead and held it for three laps. On the fourth circuit, Larson, who started fourth, shot into the lead coming out of the fourth turn.

A see-saw battle ensued between Larson and Kilpatrick, but the Sioux Falls, S.D., native held on to claim the spoils.

Several restarts were required during the race as holes developed in the track. On lap 8, Junior Guetnetch slammed into John Stevenson, who had spun between turns one and two. Stevenson suffered a knee injury an both drivers were out of action for the rest of the night.