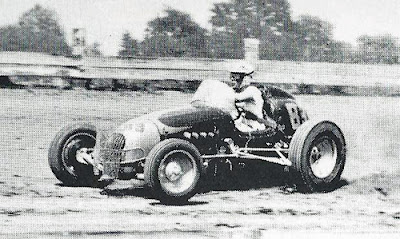 A sellout crowd of approximately 7,500 race fans were on hand for the big car race program. Five Indianapolis “500” veterans were in the race.

Elmer George of Indianapolis spun out on the ninth lap around the half-mile track in the only accident of the race. He was not injured.

Elisian’s time in the United States Auto Club-sanctioned race was 13 minutes and 26.30 seconds. Elisian started on the inside of the fourth row and went in front on about the fifteenth lap after favorites O’Connor and Linden were forced out with mechanical trouble.

The hard driving California driver had some trouble getting around Branson who held the lead for several laps after O’Connor went out on the fifth lap with fuel pump trouble.

Only seven of the 14 cars which started the race finished.