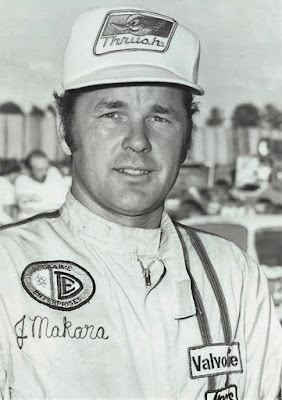 Larry Phillips of Springfield, Mo., had been leading the race and looked like a sure winner, when the engine in his Camaro sputtered, and the car began to coast.

Makara roared past Phillips in his Thrush Camaro and beat Phillips to the checkered flag.

Makara was presented with more than $3,000 of the $18,000 purse, not a bad showing for his first appearance at the Missouri half-mile.

“I’ve been wanting to come down here for four years,” Makara said, sitting on the hood of his car, trying to cool down after the race. “I had the fastest car at the end of the race, I was just to tired to get by Phillips. If he hadn’t run out of gas at the end, I wouldn’t have beaten him.”

Phillips, his face bright red from the intense heat could only mutter, “I though I had it, I thought I had it.”

Trailing Makara and Phillip at the finish line were Joe Ruttman, Terry Brumley and David Goldsberry.