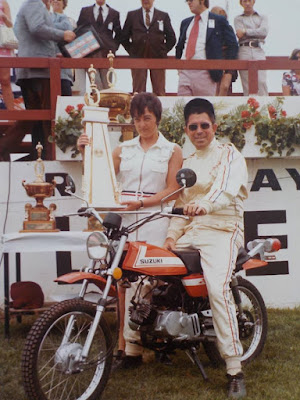 Long Pond, Penn. (July 30, 1972) – Roger McCluskey finally accomplished what he started out to do nearly one year ago.

The Tucson, Ariz., driver, who finished 11th in Saturday’s Schaefer 500 championship race, look the lead early in the race Sunday and coasted to an easy victory in the second annual Pennsylvania 500 at Pocono International Raceway.

McCluskey, who collected 10,000 in purse money for his victory, guided his 1970 Plymouth Superbird to a record time of 127.035 miles per hour. He picked up 1,000 points but has not clinched this year's USAC stock car title.

Last year McCluskey needed only a victory in the Pennsylvania 500 to wrap up his third straight United States Auto Club late model stock car championship. But his car hit the wall on the 173rd lap of the 200-mile race and he lost the decision and the point championship to Butch Hartman.

Petty, who was paid a $3,000 appearance lo add glamor t the field, led for 13 laps. But the Randleman, N.C. driver who has won 143 starts since joining NASCAR in 1958, was plagued in the early going by several tire changes.

He finally was eliminated from the race on the 102nd lap when his 1972 Plymouth blew a left tire and the car's oil line ruptured.

With Petty out, the race settled down to an apparent duel between McCluskey, who sat on the pole with a qualifying speed of 148.177 miles per hour and Hartman, who went into the race third in the point standings behind McCluskey.


But Hartman dropped out of contention on the 130th lap when he pitted, and his crew took 3 minutes and 6 seconds to change the entire distributor.

From there on it was a one-man show.

Five cars were eliminated from the starting field of 40 right off the bat when Steve Arndt spun in the third straightaway. He was out of the race along with Dick Beinlich, Paul Sizemore, Ken Reiter, H.L. Wilson and Leroy Austin.

Al Unser, who was prematurely declared the winner of the Schaefer 500 before a mass of confusion was finally cleared up, dropped out of Sunday's race after completing 40 laps with clutch failure.

McCluskey, who won another $7,120 in Saturday's race, lost the lead only when he was in the pits. But while he was on the track there was no stopping him.

At various points he had lapped the entire field except for Hartman, who ended up second — a final victim of lapping — and his interval between his closest challenger nearly three minutes. He ended four laps down.

Dave Marcis, another of the NASCAR drivers who made an appearance in the USAC-sanctioned race, stayed in contention for a while. Rut his 1972 Matador was experiencing carburation trouble and he soon fell behind.

Whether he finished in the top running was elementary, since he was bound to be a victim of penalties. While the pace car was out during yellow flag time, the Skyland, N.C. driver continuously passed slower cars on the track.

Under USAC rules, cars must fall in line behind the pace car on the yellow flag.

But under NASCAR rules, with which Marcis is used to dealing with, a driver is allowed to pass slower ears under the yellow. He was finally dropped from fourth to fifth place in the standings.

The attrition rate, like Saturday's race, took its toll on the drivers. The main thing which the cars went through like peanuts was tires. This was probably due to the fact that the stock cars were not using tires prepared for the sometimes rough Pocono International Raceway surface.

There were only 17 cars running at the end.