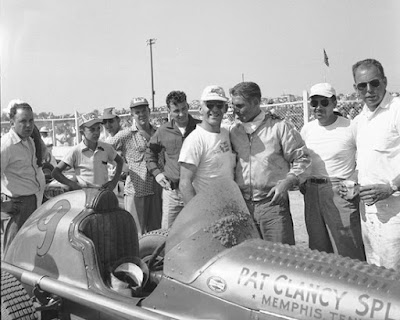 Davies beat out his Van Nuys neighbor — Johnny Parsons — to complete the 50 laps on the clay oval in 22 minutes and 22.21 seconds. The old mark was 22 minute and 53 seconds set last year by Paul Russo, Hammond, Ind. Russo finished fourth in today’s race.

Parsons finished less than two car lengths behind Davies' Pat Clancy special. Davies, who held the lead the entire way, collected $1,275 as his winner's share of the purse.