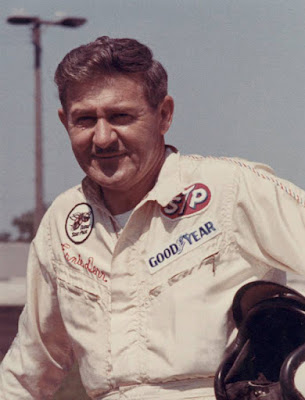 Derr, who also picked up $100 for setting the fast time, paced Fred Whisler and Terry Bivins across the finish line in the 100-lap feature.

The only other two events of the evening were the trophy dash, which was won by Dave Wall, the current point leader at I-70 Speedway, and a consolation feature, which was copped by Tom Faircloth.

Sedalia racer Donnie Cooper in a 1969 Dodge, placed fourth in the consolation and 11th in the feature.

Derr, who comes from a long line of Keokuk, Iowa, stock car specialists, piloted his 1969 Dodge ahead of Whisler for most of the race, although Whisler was able to lead for some 25 laps.

For the veteran Derr, it was his second win in as many nights, as he also copped a 200-lap feature at the Mid-America Fairgrounds Saturday night.