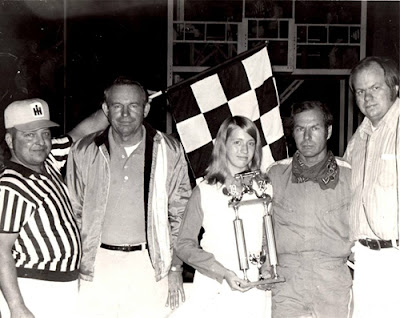 Dolan capped the season in his customary fashion, winning the second heat, Australian pursuit and his seventh straight feature. The victory also left the Lisbon driver on top in the final super stock point standings.

Sportsman winner Don Benge led from the fifth lap to the finish of the 12-lap event after taking the lead from Rick Scott of Eldon following a red flag and restart. Scott wound up third and Gary Thomas of Washington second.

Rod Prisner of Blandinsville, Ill., was injured in the second super stock heat when his car hit a concrete wall in front of the grandstand. Prisner was taken to Ottumwa Hospital with chest and neck pains but released after a short time.

A packed grandstand and a field of 40 cars saw the yearend finale, culminating a season in which 80 super stock and 62 sportsman outfits nosed through the Wapello County Fairgrounds’ gates.