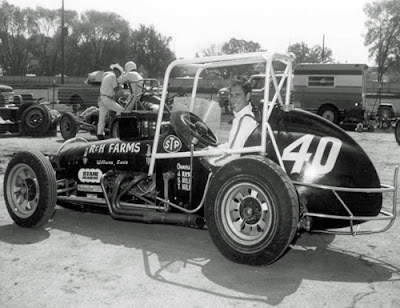 Dosher took the lead on the 17th lap and went on to win the 30-lap feature race with Utz, who won the features on Saturday and Sunday, finishing fifth.

“This was a great emotional win for me,” Dosher said. “I hadn't won a point race since July when I took one in Wichita, Kan.”

Dosher is the leading driver in the IMCA point standings, while Utz has advanced from 19th to third in the past few weeks.

The rain on Sunday night and early Monday morning didn't affect the track like most drivers anticipated according to Dosher.

“The track was a lot drier than we thought it would be,” Topeka, Kan., resident remarked. “So, we changed gears after I won the second heat to a higher ratio.”


Putting a new master cylinder on the brakes was also credited by Dosher for helping him win.

“After I took the lead in the feature I just wanted to hold my position and not take any unnecessary chances.”