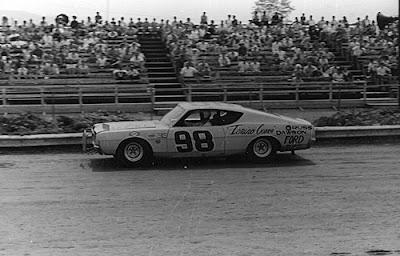 The defending national champion was clocked at 50 minutes and 26.41 seconds in a 1969 Ford. Parsons was near exhaustion when the checkered flag came out as a result of the 90 degree heat.

Ramo Stott, Keokuk, Iowa, led the event in the early stages until he broke an axle on his 1969 Plymouth and was forced off the pace, enabling Parsons to sneak by.

Andy Hampton, Louisville, Ky., drove a steady race and took advantage of Stott’s misfortune to nail down the runner-up spot.

Hampton’s teammate from the Dodge contingent, Bobby Watson, also of Louisville, Ky., was fourth behind Stott while Iggy Katona of Willis, Mich., was fifth, also in a 1969 Dodge.

Katona set a time trial record by touring the half-mile in 28.88 seconds for an average speed of 62.33 miles per hour.