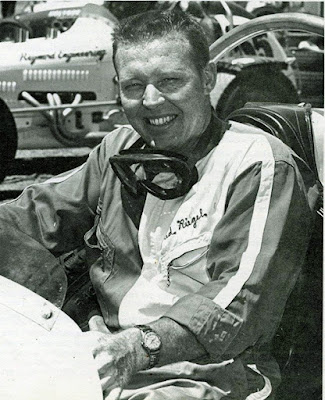 Starting in 11th position, Riegel gradually moved up within striking distance of the leaders and then went on to beat Roger McCluskey for the top spot and money.

Third spot went to youngster Greg Weld who had been running first for most of the race but just couldn’t keep his position.

Johnny Rutherford, who really put on a terrific show behind the wheel of Steve Stapp’s sprinter, finished fourth.

The heat races were nothing but top notch competition as Johnny Rutherford, who set fast time in qualifying, also won the first heat. The second heat was won by Roger McCluskey while the third heat was taken by Riegel.