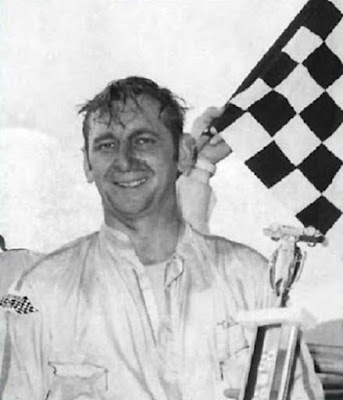 A sparse crowd of only 4,000 watched as Wagner took the lead from Blundy, the defending IMCA sprint car national champion and current point leader, on the third lap as the Iowa pilot found a groove on the cushion and raced for the checkered flag in the annual Sedalia Jaycees Memorial Day program.

Blundy, who damaged the rear end of his racer in Saturday night’s IMCA sprint car show at Eldon, Iowa, vaulted into the lead on the first lap from his pole position.

The first five cars in the feature’s finish, stayed within two seconds of each other virtually all the way. Goodwin, winner of Saturday night’s rain-shortened program in Iowa, had Wagner set up all the way, but just couldn’t get past him.

Wagner, who saw his one-lap IMCA record broken during time trials by Goodwin, came in with the eighth fastest time of the day at 23.16 seconds, but had to place in the consolation feature to make the field in the 30-lap main event. He made it a double payoff by winning the consolation.

Wagner started on the outside of the fourth row, but by the time that the third lap had been recorded, he had passed Blundy, David James, Sutcliffe, Ron Taylor, Goodwin and Hibbard to take the lead.

The day’s activity was virtually accident free, but the yellow flag did come out twice during the feature. The first yellow flew in the 13th lap, when Tom Stassa hit the wall on the front straightaway as he lost control of his sprinter coming out of the fourth turn. Stassa rejoined the field two laps later. James spun in the first turn, bringing out the second yellow flag He, like Stassa, was able to rejoin the race.

One other record was established during the IMCA program; that came in the match race (trophy dash), when Goodwin was clocked at 2 minutes and 2 seconds. That shattered Grady Wade’s time of 2 minutes and 3 seconds, established in 1966.